Because good fortune can come and go mysteriously, casino gamblers and card players often try to fight this unpredictability through superstitions they hope will turn things in their favour.

Just like the old adage, "If it's stupid and it works, it isn't stupid," below are some common and not-so-common superstitions gamblers swear by as a way to try and give themselves a lucky edge.

1. How You Enter Is How You Exit 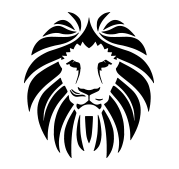 In the 1990s, Vegas's MGM Grand Casino had to completely renovate its giant lion head entrance because players of certain countries and cultures were refusing to enter through it (walking through a lion head is seen as a sign of bad luck). Until the entrance was renovated, an abnormal amount of players were choosing to use the casino's side entrances, or even opting to go to other casinos instead. 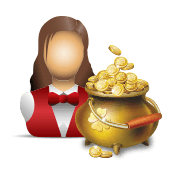 Similarly, many cultures have customs about wearing certain types of clothes while gambling: it's not uncommon to see Asian gamblers wearing red as a sign of good fortune. Conversely, it's common in Western culture for gamblers on hot streaks to keep wearing the same dirty clothes for days at a time, as not to wash away their good luck. A great example of this is 2009 World Series of Poker winner Pius Heinz, who sported the same white hoodie every day during his run to the Gold Bracelet and C$9 million. 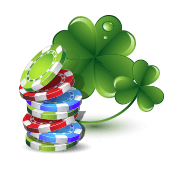 While some gamers prefer to wear their luck on their back, others prefer to have it sitting guard at the table or machine right in front of them. Whether it's a lucky rabbit's foot, badger tooth, or horseshoe, it's easy to spot these while walking around a casino. A notable example is poker player Johnny Chan, who carries an orange with him whenever he plays. Originally used as a way to combat the strong cigarette smells in casinos, the habit (and Cash's winning ways) has since stuck.

It's a common belief in the casino world that C$50 bills are bad luck, to the point where many casinos won't pay out with them. Like many superstitions, no one is completely sure where this widely-held one originated from, but many allege that it has ties to American gangster Bugsy Siegel, who supposedly had three C$50 bills in his pocket when he was gunned by the mafia in the 1940s.

Whether it originated from or was just inspired by them, the lyrics of Kenny Rogers's famous "The Gambler" song (“You never count your money when you sitting at the table, there’ll be time of enough for counting when the dealings done") have made famous this gambling superstition. That said, this could be a difficult superstition to live by if you play poker, where your chip count can heavily influence how you bet and play.

Stand by a casino's craps tables for even just a few minutes and you'll probably see players blowing on the dice before throwing. How this tradition started is up for debate, however, some say it originated as a way to make sure the dice weren't coated with any sort of sticky substance that could make them land a certain way. Others say it originated from dice games played in alleys, and was simply a way to clean dirt and dust off before throwing.

While seven seems to be universally agreed upon as a lucky number, there is one place where it is seen as a terrible omen: the craps table. If a dealer passes the die to the throwing player with seven showing, it's considered extremely bad luck and is deemed acceptable to refuse to pick up the dice until the situation is corrected.