Bingo! You’ve found the right place for a selection of the best online bingo casinos to play for real money at. We’ll also get you started by showing you how to play, free games to try, the different variations, and more.
Free Games
Best Casinos
How to Play
Tips
Variations
FAQs

Try these free online bingo games below to test out strategies and get used to playing, before wagering real money. 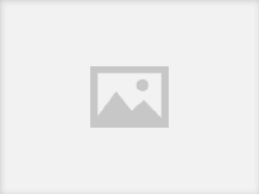 What are the Best Real Money Bingo Sites?

Wondering how we review?

How to Play Bingo Online

Below, we’ll go through all you need to know about how to play bingo online. From signing up to a bingo casino site, to going through the rules, strategies and giving expert tips.

American financial writer Joseph E. Granville developed a strategy based on playing the odds in bingo games. Taking 75 ball bingo, where every ball has a 1/75 chance of being selected, Granville suggests that, on average 60% of the first 10 balls drawn will have different last digits.

This is based on pure logic, once 15 is drawn, there are now less balls ending in 5 left to be drawn. Therefore, the best way to play, by Granville’s logic, is having a card with as many different last digits as possible, as well as an equal number of odd and even numbers, and an equal number of high and low.

In online bingo, where you can rarely select your own card numbers, this strategy struggles a little.

But how do you know if a game will be short or long? Tippett uses analysis here, saying a straight line (horizontal, vertical, or diagonal) is likely to take less time to be called, whereas more complex pattern games will often take longer.

Again, the inability to pick numbers in online bingo is an issue here.

A simpler strategy which exists in land-based bingo venues, but has gained more popularity online, is simply playing multiple bingo cards at one time.

This spreads the potential for winning patterns across more cards and, if you play in less crowded rooms, your chances can then be increased further.

This may miss out the complex mathematics of Granville and Tippett, but, for online bingo players, the simple way is often best.

A classic and still the most popular form, 90-ball bingo is played on a 9x3 card with 15 of the 27 positions containing a number.

The aim is to get a full house (mark off all the numbers on your bingo card) but prizes are usually also given out for one and two lines too.

The most popular bingo game in the US, 75-ball bingo is played on a 5x5 card. All positions are numbered here in most games, while some leave the middle square three.

75-ball bingo is often played for patterns, with two lines or an X shape across the card resulting in a win, as well as a full house.

The missing link between the above two, 80-ball bingo has a few different ways to win.

One line and four corners are the easiest and most common wins, ticking off the whole 4x4 card of numbers results in a full house win.

Often called Speed Bingo, 30-ball bingo is a high octane, fast-paced bingo variant for those who like to get results quickly.

There is one way to win: a full house which fills the 3x3 grid. This often occurs quickly, as getting 9/30 balls is quite easy to do, but it means competition can be fierce.

Online bingo at a casino site offers you the chance to play from your mobile device or desktop. But how does the experience compare to playing at a bingo hall?

How we Review Online Bingo Casinos

We expect the best from online bingo sites. Any site we review must score high in the following areas:

Game Selection
Our recommended sites offer a wide array of online bingo options, with games starting regularly so you can always join your favourite game.

Mobile Compatibility
Bingo on the go is hugely popular. We only recommend sites with impressive mobile interfaces and a range of mobile online bingo options.

Banking Options
Feeling comfortable that your real money is safe is vital. Any site we recommend needs to provide several trusted deposit and withdrawal options.

Fast Payouts
The best online bingo casinos will process your requested withdrawal and release your money swiftly via your chosen banking method.

Security
We only shortlist sites with SSL encryption technology, firewalls, and other state-of-the-art methods to keep you and your details secure.

Is online bingo legal in Canada?

Yes, online bingo is legal in Canada, as long as the online casino is based offshore. If you are playing for real money, then you’ll need to know the legal gambling age in your province.

There are numerous options for playing bingo games at online casinos, and our recommended sites will bring you the best.

How does online bingo work?

Online bingo works through an online bingo generator – a random number generator (RNG) which ensures balls are drawn at random when the draw is automated. Cards are also selected at random to ensure fair play at all times.

How do you play online bingo?

Playing online bingo is simple. All you need to do is visit your favourite online bingo site, pick your chosen game, and buy a card(s). Then just wait to see if your numbers are called, if you land a relevant pattern on your bingo card, you win.

What are the best bingo sites in Canada?

The best bingo sites for Canadian players, according to our expert reviewers, are:

Yes! Playing real money bingo gives you the chance to win cash in return, if you manage to land a full house or winning pattern on your bingo card.

Can I play online bingo for free?

Yes! Most of the best online bingo sites in Canada will offer free online bingo games. These games are good for practice, as well as just playing for fun and enjoying the community spirit of bingo through the chat options.

You can also try out free online bingo games at the top of this page.

No. Online bingo, when provided by a licensed and trusted operators, uses random bingo generators to ensure that all the games are fair.

Regulators will also regularly audit and check that a bingo site is provided genuine fair play to its customers.

What are the odds of bingo online?

Online bingo odds change depending on how many cards are in play in the game.

Do I need to download software to play online bingo?

No. While some online bingo casinos do offer downloadable bingo apps for Android and iPhone mobile and tablet devices, you can also visit them directly from your web browser.

These web browser bingo sites are usually adapted to suit mobile devices in terms of design and navigation.

When playing some free online bingo games, you may need to download Flash player.

Are there bingo progressive jackpots?

Yes. Some bingo sites provide bingo games with progressive jackpots that build up over time. These are often separate from the fixed full house jackpots and tend to trigger randomly during a game.

How do I win playing online bingo?

Other winning patterns such as lines and four corners are also possible with some bingo variants.

What is the best online bingo game to play?

The best online bingo game for you depends on your playing style.