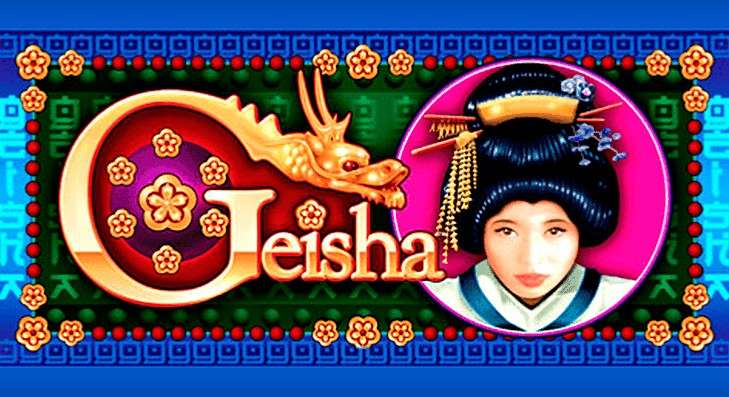 The Geisha slot game, which started life as a land-casino machine, has all the hallmarks of a classic Aristocrat game. Along with easy gameplay and the potential for a big pay day, there’s a bonus round, multipliers, scatters and free spins to keep gamers entertained.

In this Geisha slot review for Canadian players, we’ll take a closer look at what makes this game tick. Whether you want to play Geisha for free or real money, read on to find out more about the symbols, mobile compatibility and where to find this slot online.

How to Play the Geisha Slot Game

It’s easy to play the Geisha slot online, which is a huge part of its appeal. If you’re a new player, it’s easy-to-use interface will be a huge draw. Follow these simple steps to start gaming:

1
Select your Bet
Plus and minus buttons under the reels will adjust the number of lines and the bet amount per line. Total bet and winnings will appear to the side.

2
Spin the Reels
Press the triangular ‘play’ button, which flashes green, to spin the reels. Plus and minus signs on the side of this button control autospin options.

3
How to win Geisha
Spin the reels to get matching symbols and reap the rewards. A geisha is the highest value symbol, as players can land up to x32 their stake for bagging a group.

What are the Best Casino Sites to Play Geisha for Real Money at?

All it takes to trigger the Geisha slot bonus round is for a player to land three or more Torii gateway scatter symbols on a payline within the regular game.

The scatter symbols will reward you with the following:

While the bonus round is essentially just free spins, there’s more to the feature than meets the eye, as it also includes a multiplier. This triples winnings during the free games bonus round.

Players also have the chance to grab extra free bonus spins within their free spins. Essentially, to secure this feature you’ll need to hit three Torii again when playing your free spins, and this will also trigger yet another multiplier to triple your winnings once again. Not bad.

If you were in any doubt from the title, the Geisha slot theme focuses on ancient Japan and Japanese culture. Namely, this game brings Japan’s elusive and talented geisha figures centre stage.

Although the mysterious geisha figures will land you the biggest rewards, coming to life in animation by fanning themselves if they trigger a payline success, there’s much more to the game.

The Torii scatter symbols, which aptly represent leaving the mundane, also begin to move when successfully triggered, with the water below the gate rippling enticingly.

Aside from this, players can explore a slot with a number of attractive Japanese symbols, including a golden dragon, lotus flower, fan, soaring bird and, of course, the beautiful Mount Fuji.

Despite being easy on the eye overall, the drawback of this game for fans who usually play more modern and advanced slots is that the interface is quite basic.

Reel symbols aside, the East Asian-style scenery backdrop is drab, and the soundtrack is simply stock slot sounds synonymous with other Aristocrat games, making it somewhat of a missed opportunity theme-wise.

You can play the Geisha mobile slot on some of the most popular devices and operating systems such as iPhones on iOS. There is also a no download option available if you play through our recommended online casinos via your web browser. You can also play Geisha for free by downloading the dedicated app from the Apple store. Note that the app is not available for Android.

Previous incarnations of the app were supposedly beset by issues, but these have apparently been fixed. If you’re weighing up whether you want to play Geisha on mobile or on desktop, there are a few differences that set the two modes apart:

Our Verdict of the Geisha Slot Game

If you're a fan of the simplicity of Aristocrat's popular catalogue of games, the Geisha slot game will be right up your street. As with many titles from this software developer, there's an emphasis on fun, theme and easy gameplay.

Some players and reviews have criticized a lack of complexity and the lack of huge payouts, but the chances to win should at least entice beginners or newbies, especially with the flexibility to select fewer paylines. Overall, though, Geisha lives up to its namesakes and provides an impressive evening's worth of entertainment. It just won't win any prizes for its graphics and soundtrack anytime soon.

Is the Geisha slot safe to play?

Yes, the Geisha slot game by Aristocrat is safe to play. The software developer has numerous titles under its belt and is familiar and trustworthy name on the slots scene.

Keep in mind that the app version of the game has reportedly had setbacks in the past. Also make sure, however you choose to play, that you trust the website you’re using.

Can I play the Geisha slot for free?

Yes, you can play Geisha for free on this page. We also list which online casinos we recommend for free play, which you can access via your regular web browser, or pay to download the play-for-free version the app from the App Store.

What is Geisha’s RTP%?

Geisha’s RTP (Return to Player Rate) is 95.12%, which is just above average. This should mean you still get a decent return from betting, when you play for real money.

How can I win playing the Geisha slot game?

Like many Aristocrat slots, the way to win at Geisha is to net payouts for matching symbols on adjacent reels. There are 25 different paylines available, so all you have to do is select your bet and spin.

The Geisha symbols offer the most value if you land several, while the Torii scatter symbols can lead you to potentially lucrative free spins and multipliers.

Does Geisha have a progressive jackpot?

No, the Geisha slot does not offer a progressive jackpot. Your potential winnings will depend on the number of paylines you select and the size of your bets, as well as what happens in the in-game action.

What are the biggest wins on the Geisha slot?

It’s possible to get tasty payouts with the Geisha slot. You are able to collect wins of 18,000x your original line bet, for which there is a C$25 max stake.

It is also possible to triple wins through multipliers in the free spins bonus feature. This means you can potentially win over C$450,000.

Where can I play Geisha?

If you want to play the Geisha slot for real money, visit one of the top online casinos that hosts Aristocrat software. The top three options to play Geisha at are:

Play for Real Money
Get your bonus at JackpotCity
Play Now