Everything You Need to Know About Amaya 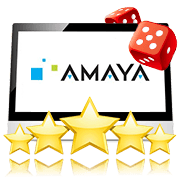 You might not have heard of Amaya before, however they are a huge name in the online gambling world. This is because, since 2014, Amaya have been the owners of PokerStars and Full Tilt, and they have also created a number of fantastic online gambling games, which are found at many of the top online casinos available to Canadian players in 2021. So, even if you haven’t heard of them, you’re likely to have already played one of their games, or at one of their sites.

This page is dedicated to everything to do with Amaya, meaning that you’ll know everything you need to know about this company once you’ve finished reading. There are many different places that you’ll be able to play Amaya online gambling games, and you’ll find reviews of many of them on this site.

On this page, you’ll find out loads of information, including:

There are a number of different online gambling sites offering Amaya games, including PokerStars and Full Tilt. If you want to find the top place to play games from this company, your task is a simple one. This is because all you need to do is read through the online casino reviews on this site, before then picking the one that suits your requirements best. Then it’s simply a case of signing up and making a deposit. You’ll then be playing great Amaya online casino games in no time at all!

When we review an Amaya online gambling site, we don’t simply look at the games – although this is an important part of every review – but also look at other things, such as bonuses, customer service and the site’s security. We aren’t owned by any of the online casinos, so you can be sure that we’ll always only write reviews that are completely honest, giving you the best overview of a Canadian online gambling site.

A Quick Look at History 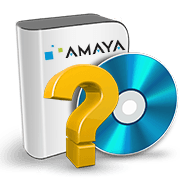 Amaya is a relatively new name in the world of online gambling, as it was only founded in 2004. It is a Canadian company, and began life creating and distributing different online casino games, as well as land-based games and lottery platforms. The big turning point in the company came in August 2014, when it purchased Rational Group in a deal worth nearly $5bn. This move catapulted Amaya to the forefront of the online gambling world, as they now found themselves the owners of PokerStars and Full Tilt, two of the biggest online gambling sites in the world. PokerStars alone now accounts for the vast majority of the company’s revenue, and is by far and away the world’s most popular online poker site.

Under Amaya’s ownership, PokerStars and Full Tilt both diversified into other areas of online gambling, and a casino and sportsbook can now be found at both sites. The casino at PokerStars has been a particular success, and is known as being the fastest growing online casino in the world. Despite their success with PokerStars and Full Tilt, Amaya still finds time to create online gambling games though, and has recently partnered with BetSoft, meaning that all BetSoft games are now available for Amaya online casinos to offer to their players.

Amaya are the owners of PokerStars and Full Tilt, and they have also created a number of fantastic online gambling games, which are found at many of the top online casinos.

Without doubt, the most successful game from Amaya is poker, and they have their own bespoke design used at both PokerStars and Full Tilt. PokerStars is so popular that the design of the site has almost become the accepted standard for poker players, and many other poker platforms try to emulate their successes, generally without ever matching them. Essentially, if you are an online poker fan, the software owned by Amaya is the gold standard.

Amaya also produce a number of slots though, plus they have licences to bring games from Aristocrat and BetSoft to players at online casinos. You might not have heard of most of the slots from Amaya, but some of the titles to look out for include Arthur’s Quest, Emerald Isle and Golden Jaguar. They have also created some slots based on big franchises, such as Superman Last Son of Krypton and Street Fighter II. It is also important to mention that Amaya offer a strong range of mobile casino games, which are compatible with nearly all mobile devices.

What types of casino games do they create?

What popular games are they responsible for?

Amaya are the people responsible for allowing the majority of poker players to enjoy playing online, at both PokerStars and Full Tilt, and their poker software is the main thing that they are known for. They aren’t quite as well known for their slots, however have created some really good ones, including Golden Jaguar, Emerald Isle and Arthur’s Quest.

Where can I play them?

The best places to find poker software and online slots from Amaya are PokerStars and Full Tilt, both of which offer online poker and an online casino. Other sites also use Amaya software as well though, and you’ll be able to find the best ones for you when you read through the various reviews of our recommended Canadian online casinos.

Are the games safe?

Yes, all games produced by Amaya are completely safe, as is their poker platform. They have become incredibly popular with players thanks in large part to the trustworthiness of their games, and it would not make business sense to do anything to jeopardise this trust. To find the Amaya online casinos with the best security, simply read through our comprehensive reviews.