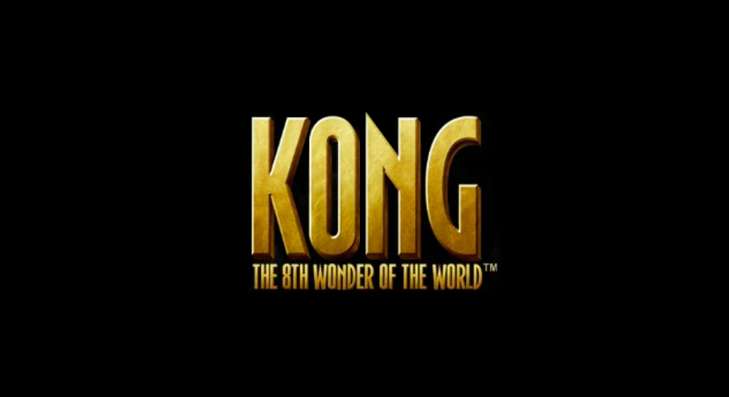 Kong: The 8th Wonder of the World, or King Kong, or just Kong, is a superb Playtech online slot. Based on the 2005 blockbuster movie called King Kong, directed by Peter Jackson, the game comes with very enticing visuals.

The King Kong slot game also has very interesting gameplay mechanics. There are two modes that help tell the story of the legendary gorilla, while also giving players different bonus features. The result is a highly entertaining game for all. If you liked the movie, you will love playing King Kong for free or real money!

How to Play the King Kong Slot Game

King Kong definitely has plenty of thrilling mechanics but these don’t make the game any harder to play. The controls give you the freedom to perfectly set the bet before you spin the reels. You just have to follow these steps:

1
Lines & Line Bet
On the left side, you will find the - and + buttons for setting the total bet. You can have up to 20 active lines for as much as C$2 per line.

2
Spin & Auto Play
The Spin button is on the right end of the dashboard. It will start one round at the current bet. You can turn on Auto Play for up to 99 spins.

3
Jungle Mode & Big City Mode
The mode will change after triggering a bonus round. This changes the background image and the symbols a bit, but the controls stay the same.

What are the Best Casino Sites to Play King Kong for Real Money at?

Playtech's King Kong slot game has two modes: Jungle Mode and Big City Mode. While regular symbols change visually, they have the same payouts in both modes. However, the special symbols will trigger different bonuses based on the gameplay mode.

The game starts in Jungle Mode. Three or more scattered wild symbols anywhere on the reels will trigger the Wild Jungle Respins for three rounds. During this time, the wild symbols are sticky and keep their positions. Any additional wild will also be locked in place.

If three or more KONG logos stop anywhere on the reels, the Skull Island Bonus will automatically begin. The screen changes to show the island with multiple locations. The player must choose locations to reveal one of three creatures, or King Kong, for cash prizes. King Kong offers the biggest prize. After the Skull Island Bonus is over, the game changes to the Big City Mode.

In Big City Mode, three wilds trigger Wild Kong Respins. Three free spins begin with wild reels that move from rollers 1 and 5, to 2 and 4, and then to 1 and 3 and 5.

Playtech is known for perfectly incorporating popular movies into slots themes. This is the case with the Kong: The 8th Wonder of the World slot, which looks amazing. We enjoyed the actual clips from the movie during the King Kong slot game review. These make the symbols stand out and the game come to life.

It is also nice to see the two modes in action. Each one comes with a different environment for the theme that can change things up. The soundtrack is a mix of classic sound effects for slots machines and music from the film. Overall, the video slot nicely shows off the movie and actually tells the legendary story of King Kong.

King Kong is available in two versions that are basically the same. They both run very well in no-download from the browsers on the respective devices.

Our Verdict of the King Kong Slot Game

All in all, Playtech has certainly capitalized on the success of the movie to create an equally thrilling slots game. The movie characters shown as symbols, along with the short clips for combinations, will keep players entertained for hours. Not to mention that you also get some good music to go with them.

Another great aspect of the game is its two modes that change the visuals and bonus features. It is like playing two slots games in one, making sure that you never get bored. Everything is themed to make the most out of the license from Universal Studios and we love the results. Play King Kong for real money and try win big from the bonus rounds!

Is King Kong safe to play?

Yes, the slot game is developed by Playtech, one of the leading software providers. The results are determined by a Random Number Generator (RNG), which has been fully verified.

Can I play King Kong slots for free?

King Kong is a very fun slots game that you can try out for free on this page. Play the demo version and start it immediately to see how everything works. You can refresh the page if you run out of credits.

What is King Kong's RTP%?

The theoretical percentage RTP in Kong is of 95.50%. This means that the game is slightly more profitable than the average online slot with a payout percentage of 95%.

How can I win playing King Kong?

You can win if you just spin the reels. Make sure that you set a bet that you can afford and play the game. Winnings are offered for matching symbols on paylines and from the themed bonus games.

Does King Kong have a progressive jackpot?

No, Playtech's King Kong slot doesn’t have a progressive jackpot. The prizes depend on the size of the line bet.

What are the biggest wins on King Kong?

The highest paying symbol in the game is the wild, represented by the legendary giant gorilla. Five wilds on the same payline are worth 3,000x the line bet. Not to mention that they will also trigger three free re-spins with either sticky wilds or stacked wilds.

Where can I play King Kong?

King Kong is available at the best Playtech online casinos, which you can find on this very page. They are:

Play for Real Money
Get your bonus at Casino.com
Play Now